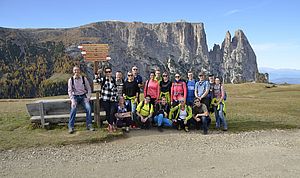 ELECTRONIC ASSEMBLY GmbH was established in 1977 and has grown into one of the most important partners for modern display technologies in industrial sectors.

The interest in LCDs was very high, and functional modules like voltmeters and various counter modules developed quickly. Soon the first controller boards were invented, assembled and distributed along with LCDs. With segment and dot matrix modules, and later with graphic displays, ELECTRONIC ASSEMBLY captured its market. In the mid-1990’s ELECTRONIC ASSEMBLY was one of the first companies to develop touch panels and launched a professional control unit with its own flash memory, operating software and integrated touch panel evaluation.  Thus, the idea of developing intelligent displays and control units was brought further into focus.

With the highest quality, long-term availability, best support and one of the largest display warehouses in Europe, the company inspires the confidence of their customers in all sectors of industry and medicine.

Today, ELECTRONIC ASSEMBLY ranks among the best R&D companies in the European display market, thanks to its development efforts, production and decades of know-how.

The company is now extremely successful worldwide and has recently introduced the brand DISPLAY VISIONS to the international market. With the new display series, like the special chip on glass series, the intelligent uniTFTs and the sensational OLED series launched in 2017, the general managers Carola Wittmann and Stefan Eber are looking well equipped for the future.